You are here: Home / News / Soybean Association leader not counting on USMCA until it is done 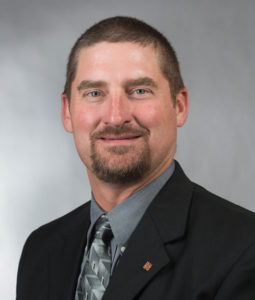 The president of the Iowa Soybeans Association says he was a little surprised when the announcement was made this week that a deal had been reached on the U.S.-Mexico-Canada-Agreement.

Tim Bardole farms near Rippey and says it is good news — but past history dictates the celebration shouldn’t start just yet.

“It’s one of those deals that until it’s done. I won’t believe it,”Bardole says.”We’ve heard a lot of promises over the last year and a half, on trade issues; it’s almost there, it’s almost there and then it’s not. But I really hope that everything goes kind of as planned at this point and get it done. It will be one of the stresses off agriculture’s back.”

Bardole says all farmers really want with trade agreements is open and free trade. “So without any artificial barriers, whether I be quotas or tariffs, taxes, if we don’t have that, the U-S. farmer is really the best in the world. That’s really the main thing, that we’re looking at with the USMCA,” Bardole says.

Bardole is hopeful that the basics of the USMCA will lead to an eventual resolution of the trade dispute with China. There were some reports Thursday that a deal with China is close to getting done.