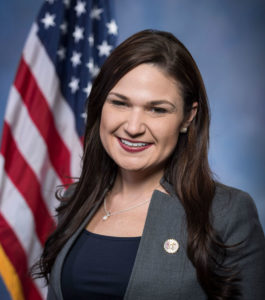 Congresswoman Abby Finkenauer of Dubuque said her decision on impeachment is based on facts and her sworn duty to uphold the constitution and defend our democracy from what she called “abuse of power at the highest level.”

The House vote is expected tomorrow.

Congressman Loebsack, in announcing his decision, wrote that “in our system of government, no one is above the law.”

Republican Congressman Steve King of Kiron, the other Iowan serving in the U.S. House, tweeted this afternoon that he stands with the president and will oppose impeachment. King also used his tweet to challenge J.D. Scholten, his 2018 opponent and the only Democrat running in the fourth congressional district for the 2020 election, to announce whether he supports impeachment.

Read the written statements below.

Finkenauer Statement on Articles of Impeachment

“On January 3rd of this year, I had the distinct honor and privilege to raise my right hand on behalf of my neighbors across Iowa’s First Congressional District and swear I would support and defend the Constitution of the United States against all enemies, foreign and domestic, that I would bear true faith and allegiance to the same.
I think of that oath, and my constituents who I’m grateful to serve, every day. Tomorrow, after reviewing months of testimony from national security experts, our intelligence community, and the words and actions of the President of the United States, I will continue to uphold that oath. I will be supporting both articles of impeachment and honor my duty to defend our constitution and democracy from abuse of power at the highest level.

“This decision is not, and was never about politics, and this shouldn’t be about political parties or elections. It’s about facts, dignity in public service, and honoring those who fought and continue to fight to protect our sacred democracy. I’ll continue to do my job with the same values and respect I grew up with here in Iowa. It will soon be up to our US Senators if they choose to do the same.”

“I came to Congress to work for middle class Iowans — getting people better health care and better-paying jobs while making the federal government more accountable.

“When I took the oath of office, I swore to protect the Constitution and our democracy. After carefully reviewing the evidence presented from the House Judiciary and Intelligence committees, it’s clear the President abused his power by using $400 million in taxpayer money for his own personal, political gain and obstructed justice by ordering his administration to refuse to testify or provide subpoenaed documents.

“That’s why today, I am announcing my support for the articles of impeachment.

“While the impeachment process continues, I will continue my work to lower health care and drug costs, increase access to job training programs, and help our neighbors affected by natural disasters.”

Loebsack Statement on the Articles of Impeachment Against President Trump

Washington, D.C. – Congressman Dave Loebsack released the following statement today on the two articles of impeachment against President Trump that the House Judiciary Committee sent to the full House of Representatives for a vote.

“This is a somber time not only for Congress, but the nation as a whole. At each stage of this investigation, I have proceeded judiciously and carefully examined the evidence presented to the House. I truly believe it is unfortunate that we are even in this position, but in our system of government no one is above the law, including the President. Going forward, we must not allow the actions of this President to set an example for future office holders that will further erode our democracy. Even with the unprecedented obstruction from the Administration, including the refusal to provide documents and allow witnesses to testify, the facts surrounding these very serious accusations leave little room for interpretation and the case that has been laid out is clear. I did not come to Congress to impeach a president. But to ensure our democracy is not permanently weakened, there is no other option but to support the articles of impeachment that the Judiciary Committee has presented to the full House of Representatives.”