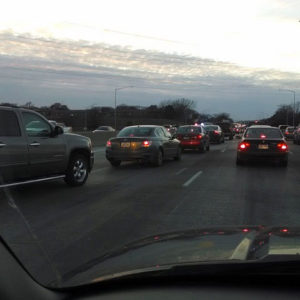 Forecasters say Iowa’s weather will warm up and stay dry headed into the year-end holidays, making for easier travel by road and air.

Rose White, at AAA-Iowa, says between this Saturday and New Year’s Day, a record of 115-million people will take to the highways and skies, the eighth straight year of new record highs for travel volume.

White says, “Some 104.8-million, or 91% of all travelers, will reach their destination by car, another 6.9-million will fly and the remaining 3.8-million will use other modes of transportation, such as bus, rail and ship.”

White says air travel volume will be the highest since 2003, an increase of nearly five-percent from last year, rising by 320,000 passengers. People love to travel to see friends and family during the Christmas and New Year’s holidays, White says, especially when times are good.

White says, “With unemployment at a historically low level of 3.6%, and both disposable income and household net worth set to improve this year, Americans are well positioned to travel this holiday season.” Gasoline prices have fallen during December, with demand at its lowest point since February.

White says the national average gas price is $2.55, down five cents a gallon in the past month.  “In Iowa, however, the price average is 21-cents lower than the national average, currently at $2.34 a gallon. That’s a drop of about seven cents during the last month alone,” White says. “Compared to last Christmas holiday, prices are currently about 24-cents higher.”

The motor club is offering its “Tow to Go” program to both members and non-members in Iowa between December 20th and January 2nd. The program provides a safe ride and tow home, within ten miles, for impaired drivers and their vehicles.