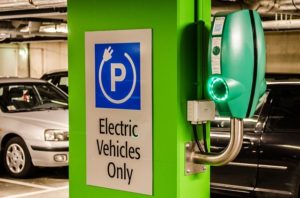 Iowa is working with five other states to study the availability of alternative fuel along Interstate 80. A federal grant will help determine where electric vehicles can be charged and where compressed natural gas is available.

Stu Anderson, the Iowa DOT’s director of the planning, says the range of the current “early generation” electric vehicles depends on the temperature and wind.

Drivers of these vehicles often suffer from something called “range anxiety,” as there are long stretches of road where there are no charging or fill stations. For now, Iowa only has three of the DC-3, or fast charge stations, in Council Bluffs, Des Moines, and Coralville, while Tesla has some stations for its own vehicles.

Anderson says, “So what this planning effort will do is try to really identify the ideal location to fill in gaps and also help identify partnerships to get those facilities developed.” Of those three fast charge sites in Iowa, two are located at gas stations, while the third is in the parking lot of a Walmart.

The difference between Level 2 and the DC-3 charging stations is four to six hours versus 20 to 30 minutes. Anderson says the cost of filling in those gaps with the appropriate electrical service to fast-charge electric vehicles can be very expensive.

“Of course, it’s more than just the charging infrastructure,” he says. “These sites also need to have amenities for the public — some sort of shelter, rest room facilities, adequate lighting, and ideally there’s some kind of restaurant or food availability. So that all comes into the discussion as well.”

From coast to coast, Interstate 80 is 2,900 miles long. The eastern half, known as the Mid-America Corridor, goes from New Jersey, through Pennsylvania, Ohio, Indiana, and Illinois, to the western border of Iowa. That includes 306 miles of interstate in Iowa.