You are here: Home / Agriculture / The profile of farmland owners in Iowa hasn’t changed a lot 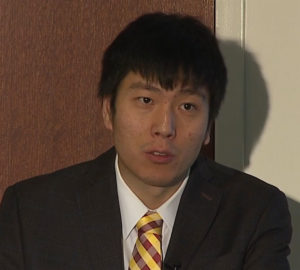 The man who conducts the annual Iowa State survey on farmland values says many owners have been able to weather the downturn in the farm economy because they don’t have to make payments on their ground.

Wendong Zhang says it’s something that goes with the profile of the state’s residents. “Eighty-two percent of the land is owned debt free. That is in part related to the aging population. There is more and more land owned by aging landowners. Sixty percent is owned by landowners who are 65 or above,” Zhang explains.

He says there also seems to be a lot of carry over from the days of record-high commodity prices. “I’m personally suprised how much equity and cash were stored through the golden years from 2003 to 2013,” according to Zhang. “During those years — during that decade — essentially Iowa farmers and across the midwest had seen eight percent annual growth in their adjusted farm income.”

But Zhang says there is a growing concern about the continuing increase in the number of farm bankruptcies as the economic downturn continues. He says when land is sold it continues to be mainly an Iowan to Iowan sale. He says there is a growing interest by investors in farmland. “But the majority of the action is still existing local farmers buying land. And buying land very nearby their existing operation as well,” he says.

Zhang says the land that is available comes after the owner retires or passes it on. “Half the land sales are coming from estate sales. Twenty-four percent is coming from retired farmers,” Zhang says. Zhang says those sales are most often to family members or other farmers.