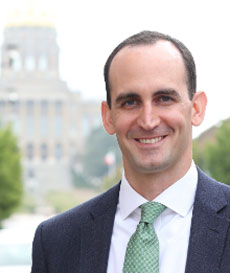 The final economic survey of the year from the Iowa Business Council shows the leaders of the state’s largest businesses are full of optimism for the new year.

IBC Executive Director Joe Murphy says some economists have continued to predict the economy is going to slow down — but he isn’t seeing that. “I think we sometimes run the risk of talking ourselves into a recession. and we are just not seeing that at all, we remain positive,” Murphy says.

The quarterly survey asks members to predict what they see for sales, capital spending and employment for the next six months. Murphy says the final 2019 survey has a score of just above 60.

“Anything over 50 is positive,” Murphy says,” and so the fact that we are at 60 is great news for Iowa businesses. I think it is important to look at the data for what the data is.  We have great strength in sales and great strength in spending, and those are two great drivers in business.”

Murphy says some year end action on important issues help push up the mood. “We had some very good legislative action occur at the federal level with the passing of the USMCA by the U.S. House of Representatives. And so that is a great sign. We look forward obviously to the Senate passing that as well and that being signed by president,” according to Murphy. “And then using that as positive momentum as we head into the final phases and stages of the China negotiation.”

Murphy says the trade issues are just as important to the business community as they are the ag sector. “Iowa’s biggest employment base is in manufacturing — a lot of people think it is ag — but it’s actually manufacturing and we have some of the world’s premiere manufacturers on the Iowa Business Council,” he says.  “But then when you think about it more broadly — just the general uncertainty of trade deals — the fact that it took so long to get USMCA pinned down and then China has taken longer than anybody anticipated. That just adds to the uncertainty in the markets, uncertainty in businesses.”

While the trade situation is moving toward some sort of resolution — Murphy says the lack of workers to fill jobs will continue to be a problem. “This is going to be the central issue of 2020 for us and for our members, and frankly for all of Iowa employers,” Murphy says.

Murphy says overall the business community is feeling good heading into the new year. “We would like to see some indicators be better. A lot of that has to do with the political uncertainty, the elections of 2020, what happens with regulations moving forward,” Murphy explains. “But a lot of that will be cleared up as we move into the beginning quarter or two of 2020. So, we remain optimistic and feel pretty good about the future of this state —    particularly from a business perspective.”

You can see the full Iowa Business Council survey on their website.