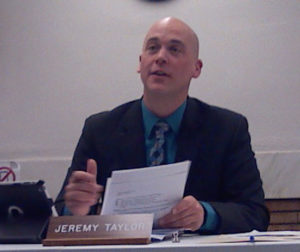 “Nearly six months ago I made the situation known when asked by our county attorney and auditor and know that what I’ve done is legal and will stand,” Taylor says, “…I will look forward to a ruling on that.”

A woman who has often run unsuccessfully for public office in Sioux City has filed a separate legal challenge of Taylor’s voter registration status, arguing he wasn’t a legal resident of the address he used to vote. Taylor is one of the Republicans running in the primary against Iowa Congressman Steve King.

The county attorney has said he has a conflict of interest and the county has hired an outside attorney to provide legal advice during a hearing about Taylor’s voter registration. County officials will hold a separate hearing about the allegation Taylor does not live in the district he was elected to represent.