You are here: Home / Agriculture / Iowa farmers saw lots of ups and downs in 2019 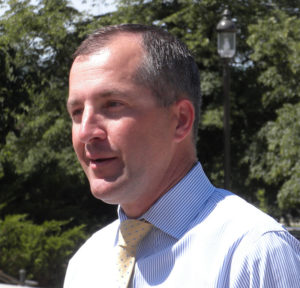 Iowa Ag Secretary Mike Naig says 2019 could be characterized as a roller coaster ride for farmers — and not the kind you enjoy.

“Certainly trade has impacted markets, we have seen some up and down in terms of renewable fuels policy. And I think the dominant issue for our farmers this year was absolutely the weather and the historic delays in planting and harvest, and really historic flooding,” Naig says.

Naig says there were bright spots too — including some good yields at harvest. “Even though we had historic delays in planting and historic delays in harvest progress — for the most part I’m hearing some pretty good things in terms of corn yields in particular. And beans yields are okay — all things considered,” according to Naig.

Naig says one of the issues that continued in 2019 was the preparation and build up of defenses against animal diseases.
“African Swine Fever has been active in China and parts of Asia now since August of 2018 and is very much on the minds of our pork producers. One is to of course keep it out of the United States — keep it out of North America — and two is really heightening biosecurity on farms. So if it were to come to North America that folks could keep it off of their operations.”

He says there is hope that the prices farmers get for their goods will increase in the new year. Naig says commodity prices have been below the cost of production or just enough to break even since 2018. “That of course is just not a sustainable situation,” he says. “So, what we’ve needed to correct that is of course to increase demand here and around the world. And also to bring some certainty back to the marketplace.”

Naig hopes the pending trade deals will help with that goal of increasing demand in 2020 and lowering the amount of uncertainty.