You are here: Home / Health / Medicine / Heading into the foulest flu month, beware of potentially-deadly RSV 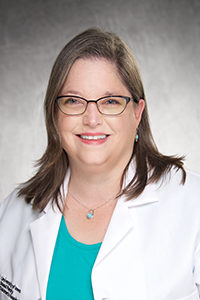 January is typically the worst of the peak months for the flu in Iowa and health officials warn things are shaping up for a particularly severe season for the flu and other respiratory viruses.

Dr. Melanie Wellington, an epidemiologist at the University of Iowa Hospitals, says they’re concerned because the southern hemisphere had a bad flu season.

“We use that as an indicator to predict what’s going to happen during our flu season and it suggests that the flu season could be a bad one,” Wellington says, “but that is not a science.”

Iowans are being advised to watch out for what’s called respiratory syncytial virus, or RSV.

Symptoms are similar to the common cold, but it can cause severe illness — or even death — in young infants, the elderly and those with compromised immune systems.

Wellington says, “You should seek medical attention if you have a cold this year, where it’s simply not getting better, where your breathing rate goes very high, where someone’s struggling to breathe, grunting or having troubles with their oxygen levels.”

RSV affects between 10 and 20% of the state’s population each year. Wellington says the best way to prevent RSV is by regularly washing your hands. She notes, it’s still not too late to get a flu shot.

While flu cases often show up during October and November, the peak months are December through February, though cases are sometimes reported as late as May.