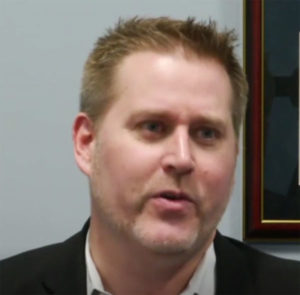 An eastern Iowa cybersecurity expert says the lessons learned from the Y2K preparations 20 years ago are still being used today.

There was a fear that a glitch in computers would cause worldwide problems when the clocks on the computers hit midnight on January 1st of 2000.

Aaron Warner, the CEO of ProCircular in Coralville tells KCRG TV-9 the Y2K concern involved the switch to 2000. “People were nervous that computer systems were just going to fail because they wouldn’t know what time it was, and all of computing is based on time,” Warner says.

Warner was working as the chief information officer for another Coralville company as the countdown to 2000 was on. He says companies around the world spent years and millions of dollars testing equipment and preparing for Y2K, efforts that ramped up in the final months before the turn of the millennium. He says his company had a pretty good idea that everything would continue running — but they were not 100 percent sure.

“There was real risk, for sure, but it was a little bit overhyped, and sometimes you can only see that in retrospect,” Warner says. Nothing serious happened, and after that night, Y2K became a bit of a joke. But he tells KCRG TV-9 people in the technology realm still use many of the lessons they learned from Y2K today, like the importance of preparation.

“It’s always better to be a little bit let down than to be surprised and caught unprepared,” according to Warner said. He says the preparation for that night also highlighted that you need to do risk analysis and look at what the likelihood versus the impact would be in any situation, whether it’s something like Y2K or cybersecurity.

Warner says he and other members of his team stayed late on New Year’s Eve that year, “waiting for the world to end. And it did not end, as it turned out.” But that didn’t diminish their relief when everything except the year stayed the same. “At about 12:15, though, I’m not going to lie, there may have been some champagne involved,” Warner says.

He says it was the first time where people really started thinking about what life would be like without computers.