You are here: Home / Crime / Courts / Davenport man charged with murder after being caught in stolen car 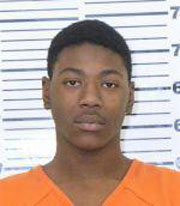 An eastern Iowa teenager is facing a murder charge after being stopped while driving the victim’s car.

Davenport police say a relative found the body of 74-year-old Robert Long in his house on Tuesday. Investigators say Long was strangled sometime between January 1st and 5th — and his house had been burglarized and his car was missing.

Police spotted the car Wednesday with 19-year-old Charlie Gary of Davenport behind the wheel. Officers say Gary confessed to breaking into Long’s house, intending to steal the car.

He’s charged with first-degree murder, robbery and burglary — in addition to the assault and robbery of another elderly person in Rock Island, Illinois, in October.