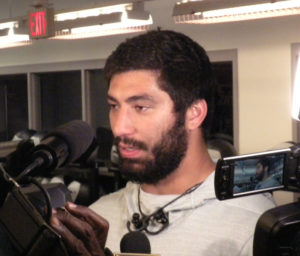 Epenesa announced his decision via social media and the decision comes following a junior season in which he recorded 11 and a half sacks and 15 tackles for a loss.

Iowa’s 10-3 season that concluded with a win over USC in the Holiday Bowl. Most mock drafts have tabbed Epenesa as a mid to late first round selection.