You are here: Home / Health / Medicine / Eye scan could hold key to early identification of Alzheimer’s 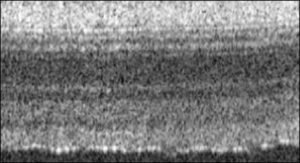 Iowa State University researchers are trying to find out if a common scan of the eye might be an early indicator of Alzheimer’s Disease.

Tricia Neppl says one-in-ten people 65 and older are diagnosed with Alzheimer’s — but the disease can start taking hold much earlier. “There is this asymptomatic preclinical phase of Alzheimer’s that can last up to 20 years — and there’s consensus that the most effective treatment would be to administer it during that period,” Neppl says. “But developments have been hindered because we can’t identify people during this long preclinical phase of the disease.”

Neppl says a scan of a person’s retina may be the indicator needed. “Studies have shown that there can be this thinning of the retinal nerve fiber layer that can be associate with Alzheimer’s and mild cognitive impairment for example,” Neppl explains. “What is less know is whether that retinal layer lost is a result of disease — or merely an association.”

Neppl is an associate professor of human development and family studies, and says they are looking at social and economic factors throughout the study group’s life to see how they figure in. “You know as they are going through retirement and as they’re aging — what are the social and economic stresses that they are facing right now in their lives. And we are going to couple that to see if there is any kind of association with the thinning of the retina and combined look at how those factors impact cognition,” Neppl says.

She says a retinal scan could end up being an easy way to identify that Alzheimer’s early phase. “It’s minimal cost, it’s non-invasive — it’s commonly done actually at eye clinics. so to be able to screen thousands of individuals who might be in that preclinical phase of the disease –we’d be able to identify those most at risk for developing both mild cognitive impairment and Alzheimer’s,” Neppl says.

Neppl is studying three generations of a group of people that were first studied to see how the Great Recession impacted them back in 1989. The first group was in their 40’s when the study started and now are in their 70’s.  “So our goal isn’t to come up with the interventions. Our goal would be to say that we know because of these social stressors or these economic stressors we know from the result of an OTC scan, that these people are most at risk — or who would fair best under certain interventions,” according the Neppl.

Nepple is working with ISU biomedical sciences professor Heather Greenlee in examining the images of the retina. Greenlee has worked extensively in the study the retinas of animals with neurodegenerative diseases, such as mad cow disease in cattle.