You are here: Home / Fires/Accidents/Disasters / Student injured in crash of University of Dubuque helicopter in Independence 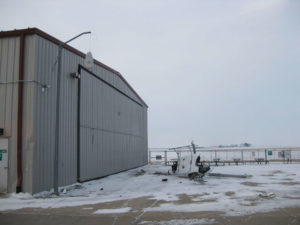 Investigators are looking into the crash of a University of Dubuque helicopter that injured a student pilot in northeast Iowa Tuesday afternoon.

The crash happened near a hangar at the Independence Municipal Airport around 4:15 p.m. Independence fire officials say the helicopter sustained significant damage. They also reported that the hanger was damaged in the crash.

University of Dubuque Public Information Director Stacey Ortman released a statement after the crash confirming that the accident involved a university helicopter and a student pilot, who was not identified. She also confirmed that the student suffered non-life-threatening injuries and taken to the Independence hospital for treatment.

The Federal Aviation Administration has been called in to investigate the crash.