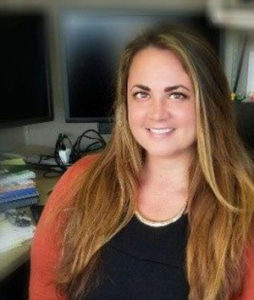 The medical director of the Iowa Department of Public Health is reassuring Iowans they shouldn’t fret about coronavirus.

Doctor Caitlin Pedati says while there is a single case confirmed in the northwestern U.S., the potentially-fatal virus is not a big concern, but it’s good for Iowans to have it on their radar.

More than 600 cases of the virus are confirmed in China and at least 17 people have died.  There is no vaccine and many of the symptoms resemble the common cold. Iowans should continue practicing good hygiene, Pedati says, as simple steps will go a long way toward prevention.

Doctor Pedati says, “Those good public health tools of washing your hands, covering your cough and staying home when you’re sick, those are important things that will protect you from a variety of illnesses.” The name coronavirus comes from the Latin word “coronam” for crown, as the virus, under the microscope, resembles a crown.

In addition to China and the U.S., coronavirus cases are confirmed in Thailand, Taiwan, Japan, Singapore, South Korea and Vietnam, but all cases appear to trace back to one area of China. Pedati says, “Anybody who has traveled or is planning travel to Wuhan City, China, will want to work with their clinical and public health providers to make sure they understand the recommendations and that if they get sick, that they understand to seek care.”

Several major Chinese cities have banned large gatherings over the upcoming Lunar New Year Festival while expanding travel restrictions on the Wuhan area. In the U.S., health officials are working to educate the public about the virus.
“At the national level, the CDC is also working on screening people who are coming from that particular city here by directing flights into one of five particular airports where they’re evaluated for exposures and symptoms,” she says.

Those airports are in: Chicago, New York, Atlanta, Los Angeles and San Francisco. The case in Washington state involves a man who recently visited family in the Wuhan region of China. He’s in isolation and is undergoing treatment.