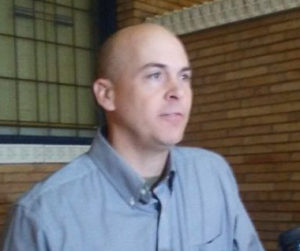 Gill ruled Taylor now lives in a new home outside the county district he was elected to serve. “As soon as I issued my decision, we canceled Mr. Taylor’s registration. In Iowa Code section 331-201 says a supervisor must be a registered voter of the county or the supervisor district that the supervisor represents,” Gill says. “At this point, Mr. Taylor is disqualified from being a supervisor.”

A second hearing on Taylor’s status was canceled after Taylor announced he intends to appeal Gill’s ruling. Taylor says he will not attend today’s meeting if a judge has not stayed the auditor’s ruling. “Until that legal action is actually taken, I’m effectively removed from the Board of Supervisors by virtue of the auditor saying I am no longer a registered voter in the home in which I was elected to and reside the majority of the time,” Taylor says.

Taylor, a Republican, is also running for the 4th District Congressional seat. Gill says he would favor acting quickly to fill out the remaining three years on Taylor’s term if the residency ruling is not overturned. “If there was a vacancy declared, my vote would be to have a special election — go right to a special election and not appoint somebody. I think it is fair to do for the citizens to do that,” Gill says.

Gill along with the county treasurer and county attorney could appoint someone to fill out Taylor’s term. Maria Rundquist filed the petitions against Taylor questioning his residency. She says she would consider running for supervisor is the seat was declared vacant. “If he is no longer there, somebody needs to be appointed to do the job with dignity — so time will tell,” Rundquist says.

As of Monday, neither Gill nor the county attorney had received a court order or notice from Taylor appealing the cancellation of his voter registration.