You are here: Home / Sports / Iowa State falls at No. 2 Baylor 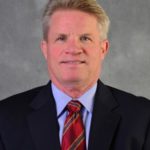 As scary as it sounds, Iowa State coach Bill Fennelly thinks defending national champion Baylor “may be better than they were last year.”

Showing off the inside-outside balance that makes them so tough to defend, the second ranked Lady Bears (18-1, 7-0) knocked down a season-high nine 3-pointers, scored 40 points in the paint and dominated the boards in beating the visiting Cyclones, 83-62, Tuesday night before a Ferrell Center crowd of 8,627.

“Historically, they haven’t been the greatest at (3-point shooting),” Fennelly said. “But now, you have two kids who can really shoot it. And to their credit, their shot selection is always really good. They don’t force it, they take the shots that are available. When they’re doing those kinds of things, I don’t know who can beat them.”

The loss for the Cyclones was their 10th straight in the series as they fall to 4-4 in the Big 12 and 7-7 overall.