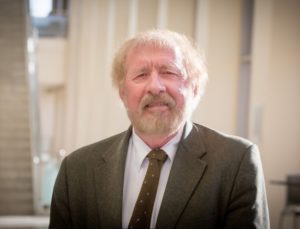 The latest economic report from Creighton University shows significant improvements in both the Iowa and Midwestern economies for the second month in a row.

Creighton economist Ernie Goss and his team survey business leaders and supply managers every month in Iowa and eight other states. Goss says the January figures are much improved. “Supply managers reported a reading well above growth neutral, one of the strongest readings we’ve recorded since March of last year,” Goss says. “This isn’t what I’d call in the solid range, not remarkably solid, but much unexpected from my vantage point and well above the number we’re seeing for the national economy.”

Manufacturers closely linked to agriculture continue to experience slow to no growth, Goss says, which is troublesome for Iowa’s ag-based economy. Still, he says hiring numbers in Iowa are beginning to pick up and they’re showing much greater progress across the region, rising from below 46 to nearly 54 on a 100-point scale.

“Now that’s a big expansion, but still only slightly above growth neutral, but December’s number was the lowest we’ve recorded in four years, so that’s good to get off that very low reading,” Goss says. “Finding and hiring qualified workers remains the biggest constraint for the manufacturers in the nine states that we survey.”

Over the past 12 months, the Creighton survey found average hourly wages for private workers in Iowa expanded by three-percent, which ranked seventh in the nine-state region. There was encouraging news for anyone looking to borrow money, like to buy a house or a car.

“The Federal Reserve met last week and indicated they’re on hold in terms of raising interest rates,” Goss says. “If we saw excessive inflationary pressures, that would be a concern that the Fed might have to move to raise interest rates. We’re going to still see interest rates remain in a very good, solid range and low by any measure, by historical standards.”

Two sizeable trade deals were signed during January, the United States-Mexico-Canada Agreement and phase one of the Chinese trade agreement. “Both of those factors were very positive,” Goss says. “We asked the supply managers what would be the impact on their firms and 63% indicated that the signing of these two trade deals would be very positive for their companies, though on the other hand, 37% said modest to no impact.” Trade has been the big factor restraining the growth for the Mid-American economy, according to Goss, as one-third of companies indicated they had switched vendors because of the on-going trade war.

One other issue, Goss says the coronavirus — which originated in China but is spreading quickly to many other nations — is something to watch carefully.  “We don’t know exactly how this is going to play out,” Goss says. “The SARS virus in 2003 had a big, negative impact on the overall economy. That could really put a short-term dent in the regional economy.” At least 11 cases are reported in the U.S., though coronavirus has sickened some 17-thousand people in China and killed more than 360.