You are here: Home / Agriculture / ISU economist has unique view on China and coronavirus outbreak 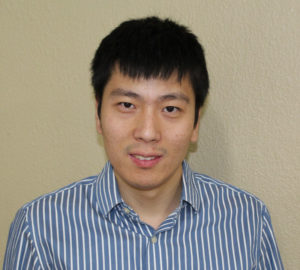 The spread of the coronavirus and the recently signed phase one of a trade agreement has put a lot of focus on China.

Iowa State University agricultural economist Wendong Zhang is from China and says many Americans don’t fully understand the size and population of China. During a presentation in Le Mars, he says the Wuhan area at the heart of the outbreak is an example.

“There are significant challenges logistically in terms of meeting the targets outlined in the baseline trade deal. Especially when you think the soybean export season is November to April. We will likely see the virus stay there for an extended period of time. We likely won’t see that go away until May,” Zhang says.

Zhang says the trade deal between China and the United States is significant. “This is a really good thing for U.S. agriculture — but there is still a whole lot of concerns about whether these promises are too good to be true,” according to Zhang. “Because these promises will reach a level we really haven’t seen before, and the 88-page agreement doesn’t have a whole lot of concrete details.”

He says the Chinese people are in desperate need of protein. “Pork, beef and poultry, because China currently has African Swine Fever where they lost 40 percent of their hog inventory, which is larger than the entire U.S. inventory,” he says. He says China has a lot of other needs as well.

“There’s also a growing demand for the consumer products as well — infant formula, wine, peanuts and fruits, vegetables, avocados,” Zhang says. Zhang says the Chinese have more respect for the food safety inspection process in the U.S. than they do for their own country.

Zhang is known for overseeing the annual ISU survey of farmland values in Iowa.