You are here: Home / News / Bettendorf casino fined after mother sneaks son in 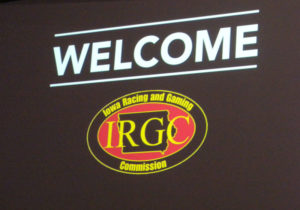 The Isle of Capri Casino in Bettendorf was fined $10,000 Tuesday by the Racing and Gaming Commission after a mother helped her underage son get onto the gambling floor in September.

The administrator of the IRGC says the mother then tried to extort money from the casino for allowing an underage player into the casino. Casino General Manager, Nancy Ballenger, says they did their best to stop the boy from getting in. “In this case, we turned the minor away twice. It was only when the mother distracted our staff that he was able to gain access to the floor,” Ballenger says.

Ballenger says the mother, Danielle Skrogstad, was charged and convicted for contributing to the delinquency of a minor. She says this type of violation is a rarity. “The last time I stood before you with this type of incident was almost nine years ago. So, we’re really proud of our program and training that we offer to prohibit minors and to make sure that only those who allowed on the gaming floor gain access,” according to Ballenger. “That is why we were very concerned about this particular situation.”

IRGC commissioner Jeff Lamberti says the state needs to look at tough penalties for adults who try to help minors get into casinos.

The Lakeside Casino in Osceola was fined $20,000 for allowing an underage male onto the gaming floor in August. General Manager, Dave Monroe, spoke to the commission. “We take this responsibility to keep minors off our casino floor very, very seriously and we put in place some of the toughest controls you can imagine,” Monroe says. He says the security measures failed because they weren’t carried out.

“We card everybody under the age of 40. You have to have a valid I.D. even if we know you are 21 — if your I.D. is not valid — we do not let you in,” Monroe says. “We card you again and again, so if you come back in we card you ever single time. Unfortunately, we had a situation where the training and everything we put in place was not honored.”

Monroe says they addressed the problem with employees. “I feel confident we have the proper controls in place. We’ve retrained all of our employees. We constantly have all of these conversations at our pre-shift meetings, and I don’t anticipate any further breakdowns,” Monroe says. The IRGC took the action during their meeting in Altoona.