You are here: Home / News / Time to make nominations for the Iowa Character Awards 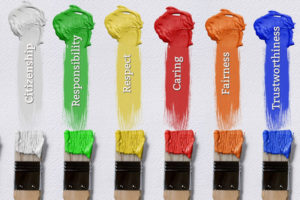 Nominations are now being taken for this year’s Iowa Character Awards.

“Every year, the Ray Center is proud to recognize Iowans who are demonstrating the six pillars of character,” Ortman says. “We’re looking to recognize athletic teams, individuals, educators, communities, schools — a variety of different categories of people who are truly making an impact on the people and the communities they serve.” Nominations can be made through the website, IowaCharacterAwards.org.

“The nomination process is all online and it’s very easy,” Ortmann says. “You’re simply just going to tell us about your nominee, tell us how they’re making an impact in the lives of others, and tell us how you think they demonstrate the six pillars of character in everything that they do.”

The awards will be presented in a ceremony scheduled for July 24th at the Prairie Meadows Convention Center in Altoona. Since its founding in 2005, the center has recognized more than 100 Iowans for their outstanding character.