You are here: Home / News / Merger will give Nevada company ownership of two more Iowa casinos 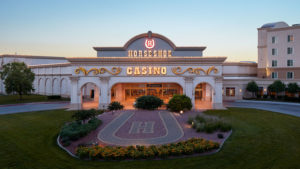 The purchase of two Iowa casinos by a larger national gaming company is getting closer to reality after being approved by the Iowa Racing and Gaming Commission.

The merger will make the resulting company the largest in the country. “Very, very big deal with respect to gambling in the U.S. This is a large merger between two viable companies,” Ohorilko says. He says Iowa’s approval is one more step for the companies to complete the merger.

“The way the process works is Edorado needs to receive regulatory approval prior to the transaction closing,” Ohorilko says. “They are finishing those approvals up. It is our understanding there will be some more approvals in February –possibly some more that will creep into the second quarter.”

He says the process was made easier since Eldorado already has properties here. “Eldorado is very familiar with Iowa rules, Iowa regulations and just Iowa’s business in general. They are a familiar entity, a familiar brand, and that quite frankly was part of the reason things went so smooth in receiving those regulatory approvals here in this state,” according to Ohorilko.

Company officials say they don’t expect any changes in personnel with the merger.