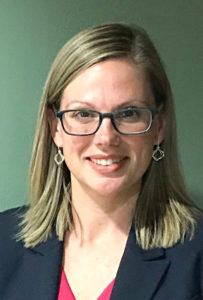 The new director of the Iowa Department of Natural Resources appears to be on track be confirmed for the job by the Iowa Senate.

Republican Governor Kim Reynolds appointed Kayla Lyon as DNR director last summer. Some criticized the appointment because Lyon has worked as a lobbyist for farmers and agribusiness. Lyon discussed that with lawmakers this week.

Senator Rob Hogg, a Democrat from Cedar Rapids, says while some have raised concerns about Lyon’s previous work, he predicts she’ll be confirmed.

“It’s not necessarily the worst thing to have people from outside perspectives come in,” Hogg says.

Lyon had served as the governor’s lobbyist at the legislature before she became the first female to lead the Department of Natural Resources in June. State agency directors must win the votes of at least 34 senators to be confirmed to their jobs.