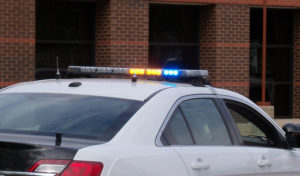 Police say a dog was gravely wounded when a 21-year-old man shot at a 19-year-old in a Des Moines apartment Sunday.

Des Moines Police say they got several reports of gunshots in an apartment building early Sunday morning. Police found a handgun and the wounded dog in an apartment. The suspect wasn’t there, but police say they caught him after a foot chase. The alleged shooter was naked and appeared to be under the influence of narcotics when he was taken into custody according to a news release from Des Moines Police.

Missael Campos has been charged with attempted murder.