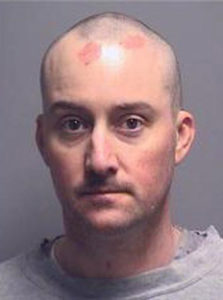 A North Liberty man who was convicted of trial to kill a rival businessman and his family has died in prison.

The Department of Corrections says 39-year-old Justin Lee Dewitt died Friday afternoon at the Iowa Medical and Classification Center in Oakdale. His cause of death is yet to be determined and an autopsy that will be performed by the Johnson County Medical Examiner.

Dewitt went to prison in July of 2018 for multiple counts of attempted murder and solicitation to commit murder. Police say Dewtitt, who was a landscaper, attempted to hire a man in 2016 to kill a former business associate, and the associate’s wife two young kids. Police say he offered thousands of dollars to an undercover agent he thought would do the killing.