You are here: Home / Human Interest / Kirk and Mary Ferentz to receive Pillar of Character Award 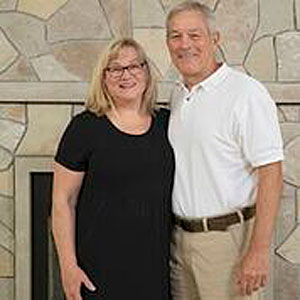 Iowa football coach Kirk Ferentz and his wife Mary have won the Robert D. Ray Pillar of Character Award for 2020.

The award is given out by the Robert D. and Billie Ray Center at Drake University, which is named for the former governor and his wife. Center spokesperson Amy Smit says it is the highest honor given based on character.  “An individual or individuals who have displayed good character as public role models. Past award recipients have included: Hayden Fry, Shawn Johnson, Peggy Whitson, the astronaut and just really great Iowans who are really great role models for us,” Smit says.

Smit says individuals are nominated for the award. “The award is decided by our national advisory council. And this particular award is something Governor Ray was passionate about before be passed — that this award be presented to the Ferentz’s,” Wit explains.

Kirk Ferentz has been Iowa’s head football coach for the past 21 seasons, making him the longest-tenured active coach in college football. “He’s really made an impact on so many youth over his career. It’s really astonishing when you think about the number of players who go through his program,” according to Smit. “He takes character very seriously, and has made a huge impact.”

Kirk and Mary Ferentz met during their high school days in Pennsylvania. The Ferentz’s have been married 40 years and have five children and nine grandchildren. “Mary has been making an impact on her own. She’s raised over two million dollars for the University of Iowa’s Stead Family Children’s Hospital through her ladies football academy. So, she’s been just as busy after raising their five kids at home,” Smit says.

The award will be presented in West Des Moines. “We’ll be getting together on April 17th at our All-Star evening to present the award to Kirk and Mary. We’ll have about 600 people in attendance — where we get together and celebrate good character,” Smit says.

Smit says the event is open to the public and you can find out more at: www.AllStarEvening.org.