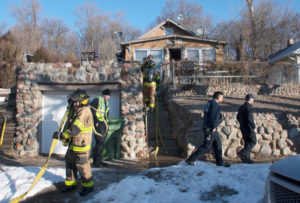 Three people pulled from a fire in this Sioux City home have now died.

A third person who was pulled from a Sioux City house fire has now died.

Twenty-six-year-old Juan Galarza is the latest victim of the fire on February 6th. The fire earlier claimed the lives of 57-year-old Andrew Godberson and 24-year-old Jessica Fisher of Sioux City. It is the deadliest fire in Sioux City since three people died in a house fire in 1983.

Investigators are still trying to determine the cause of the fire.