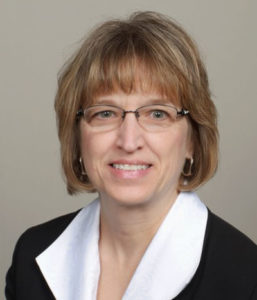 A report from the State Ombudsman says there could be more deaths unless the agency which investigates child abuse in Iowa gets more resources.

The report from Ombudsman Kristie Hirschman focused on the death of 16-year-old Natalie Finn — who was found emaciated in her adoptive family’s West Des Moines home in October 2016 and died a few hours later at a local hospital.  “We found scenarios, where there were child abuse reports made to the Department of Human Services and those reports, were rejected rather than accepted. Which is problematic,” according to Hirschman. “We also found situations where the information wasn’t gathered or documented in those reports, and that may have played into the unfortunate decision to reject some of these.”

Hirschman says that 14 child abuse reports had been made to DHS on behalf of the Finn children — but many were not followed up. She says the record-retention policies of DHS caused problems. “It was problematic for us in doing a thorough investigation when records had been destroyed according to their redaction policy,” Hirschman says. Changing that policy is one of 14 recommendations her office is making.”They need to consider revising their statute and rules to address that. Because, in a lot of situations identifying the historical pattern of similar abuse reports is significant in making determinations,” Hirschman says.

The Ombudsman says the key issue is the DHS workers are swamped. “In addition to their lunch break and their two 15 minutes brakes — it was determined that they get 40 minutes a month for personal breaks — so that’s basically two minutes a day. It’s just one call after another after another,” she says. “We identified a problem that they weren’t always able to check the history of previous reports.”

Hirschman says a pattern was eventually noticed by an after-hours field worker who review some of the reports that said Finn was not getting enough nourishment. She says more funding has been put into some areas of the system — but the number of intake workers has not increased since 2011.

“We have numbers in the report that the number of intake workers has pretty much remained static and yet the number of calls and reports of child abuse have increased significantly, especially since the death of Natalie Finn,” Hirschman says. The report shows Finn’s death has resulted in a 36 percent increase to field workers’ average caseloads from 2016 to 2018. Hirschman says

DHS has reviewed and responded to her report. “They accepted 11 of our 14 recommendations, so we’ll be following through on those and monitoring their implementation,” she explains, “and we will continue to pursue implementation of the other recommendations.” Hirschman says the public and everyone else should continue to be aware of potential child abuse and report it.”Protecting our children and grandchildren is a group effort. We all need to work together to identify problems in the system so tragedies like this don’t happen again,” Hirschman says.

DHS Director Kelly Garcia wrote in their response: “This was a tragic case, the Finn children should never have had to endure the treatment they received. We will learn from this and improve the safety net DHS provides to Iowa’s children.” Garcia says some of the work to improve the Department’s response began immediately, “but a large part of the Department’s ongoing efforts will focus on finding better ways to support our team so they can better support the families we serve.”

You can see the full report on the Ombudsman’s website.