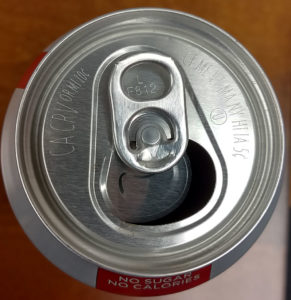 After years of study and decades of debate, the fate of Iowa’s bottle deposit law is still being discussed by lawmakers. There are two vastly different bills in the Iowa House this year.

One bill would keep the nickel deposit on bottles and cans, but send two cents of that to redemption centers rather than just a penny. The other bill would get rid of the “bottle bill” altogether in 2023. Mary Ann Renner has owned and operated redemption centers in Maquoketa and Tipton for 22 years and she traveled to the statehouse today to speak on the issue.

“I’ve got family that live in Illinois and Wisconsin and we went over for a wedding last fall and we were just literally shocked at what the roadways looked like,” she said. “Are we really going back 40 years to that, the litter and the garbage in the roadways?”

Lee Collins, the operator of the Can Dough redemption center in Ottumwa for the past eight years, said some people in her area depend on the money they get from returning the empties.

“I have homeless that come in daily, line up,” she said. “They have the cans to buy their food, whatever they need — shelter, diapers.” 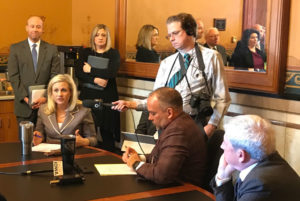 Bottle bill advocates say because of the bottle bill, about three-quarters of the empty cans and bottles that had pop, beer or wine get returned for the deposit. Grocery and convenience stores argue the cans and bottles are often filthy and shouldn’t be handled in a place that sells food. Brad Epperly, a lobbyist for the Iowa Grocery Industry Association, said the current system is not convenient for consumers, either.

“It’s not convenient to store them separately, stick them in a bag, drive them in your car to where you buy your food and then return them and stand in line with a ticket,” Epperly said. “It’s much more convenient to toss them in your recycling bin, so the question here is not just: ‘How great the bottle bill is?’ The question is: ‘Is that the best way that we should be recycling in the state?'”

Representative Megan Jones, a Republican from Sioux Rapids, said the Bottle Bill helped teach generations of Iowans how to recycle, but she said the empties taken to grocery stores are now a public health issue.

“People are putting their kids in the same carts that someone just had their cans and bottles that were covered in crickets, frogs and chewing tobacco,” Jones said. “It is disgusting. It is gross and we owe our kids better.”

It is unclear what, if anything, legislators may decide to do on this topic — and this Friday is the deadline for committee passage of policy bills, or the legislation is dead for the year.