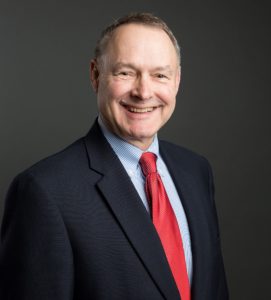 The annual report from State Treasurer Michael Fitzgerald shows the outstanding debt for state and local governments increased in the fiscal year that ended June 30th.

“The debt for all of those entities is up about five percent this year. And totally for the whole state of Iowa, we have over 17 billion (dollars) in debt. Which is pretty reasonable, Iowa is a low-debt state. Of course, you don’t like to be in debt — but we are always going to need sewers and roads and things like that,” Fitzgerald says. He says it’s the largest increase since 2011 — but he isn’t concerned.

“But if it would have gone up say 10, 15 20 percent — especially in your local community — that would be a red flag,” he says. Cities recorded the largest share of outstanding debt, accounting for nearly 37 % of the total, at around $6.2 billion.
“They usually do — I mean they are the ones who are building the streets and the sewers. And that’s what we are continually replacing and building. And some cities, like Waukee or Ankeny, they are expanding, they’re building new streets because all of those new houses are going in and you need sewer lines and things like that,” according to Fitzgerald. “And then you get enough people moving in and you’ve got to build new schools.”

Fitzgerald says the continued low-interest rates also make it attractive for investment.  “I paid ten-and-a-half percent interest on my first home loan — now people are getting 3.5% interest. That’s a big change,” Fitzgerald says. “Cities and schools are recognizing that too. As we can access capital to build these long-term investments that we need to build our communities and get it very cheaply.”

Fitzgerald says you can view the report on city, county and state debt on his agency’s website. “You can see how is your county doing? Maybe you live in a small rural county and you can call up Lucas County or whatever, and look at it,” he says, “are they doing too much, or hey maybe the ought to be investing in our community right now. It’s all out there and we make it as easy to read as possible.” Schools and state authorities have the most outstanding debt behind the cities.

Visit the State Treasurer’s Office website at IowaTreasurer.gov and click ‘Outstanding Obligation Report’ under the ‘For Governments’ tab to view the report.