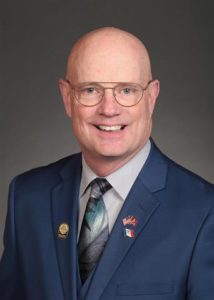 A key legislator has tabled a bill drafted in response to significant rent increases in mobile home parks in Iowa that were recently purchased by a Utah-based company.

“It initiates some price controls and some things that we, as free market folks, are not comfortable with,” says Representative Steven Holt, a Republican from Denison who is chairman of the House Judiciary Committee. “…The bill before us is simply too expansive in nature.”

Holt says lawmakers will look for other ways to help residents of mobile home parks facing stiff rent hikes and may attach those proposals to other bills that are eligible for House debate.

“These mobile home parks provide a really important level of affordable housing,” Holt says, “and we have to be careful that decisions we make don’t render those things economically not feasible anymore.”

Holt says the chief concern is if legislators impose rent controls on mobile homes, apartment dwellers will seek the same kind of protection.

“There’s a lot of philosophical issues here that we have to work through here,” Holt says. “We want to provide some relief and we want to be able to protect folks from bad actors. I started out my career in the Marine Corps. I lived in a mobile home park because that’s what I could afford as a private in the Marine Corps. I understand the difficulty of moving a mobile home if rent goes up on a lot that so, so much.”

The bill that’s been tabled mostly would have limited the rent increases in mobile home parks to the rate of inflation, with some exceptions. Critics said that would prevent mobile home park owners from adequately maintaining the property. A group of mobile home residents will be at the statehouse later this morning to ask legislators for help.