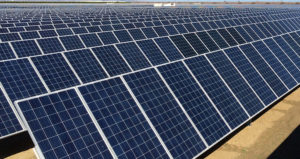 A bill that would have allowed utilities to charge extra fees to Iowans with solar panels has been changed to simply authorize a study of solar power in the state.

The original version passed the Iowa Senate last year, but couldn’t get enough votes in the House. A compromise that has emerged would launch a study within the next seven years of how solar users affect the electric grid, then lawmakers could decide whether utilities should be allowed to charge extra fees.

“When I’m doing my budgeting process for my business, I’ll know how much my energy costs will now be going forward,” Forbes says.

Pork producers were among the critics of last year’s bill that would have let utilities assess new fees to customers with solar panels. The Pork Producers Association argued raising livestock is a low-margin business and the new fees would have wiped out the savings farmers were getting from using solar energy.