You are here: Home / Business / Nestle and Timken in Clinton win state incentives for 157 jobs 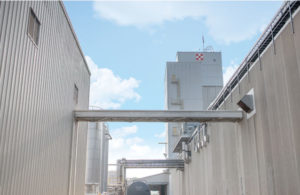 IEDA spokesperson, Jessica O’Riley, says tax incentives were approved for the Nestleè Purina plant which has produced dog and cat food in Clinton since 1969.  She says Nestle plans to expand its finished product warehouse by adding new manufacturing equipment. “That total project is expected to $140 in new capital investment for the state,” O’Riley says.

That investment promises to create 73 jobs. “All of which are incensed at a qualifying wage of $16.63 cents per hour,” she says.  The other tax incentives are for the Timken Company — which makes a variety of chains and augers for manufacturers. The award in Clinton involves moving production from a plant across the river in Fulton, Illinois.

“They plan to relocate their auger manufacturing operations to Clinton and make significant improvements to an existing facility,” according to O’Riley. “That was awarded direct financial assistance through the High Quality Jobs Program, and is expected to generate $1.1 million  in new capital investment — and create 84 new jobs.” Sixty-six of those jobs are will have a wage of just under $17 an hour.

The agency’s also made an award of nearly $500,000 to the University of Iowa for the Protostudios Medical Print Service and the purchase of a 3-D printer. O’Riley says that it will let them develop better prototypes of anatomical models of body parts for surgeons to practice on. “If a patient comes in with a certain condition that they are not familiar with — they can actually take scans of the body of the person and develop a prototype of say the heart, to practice on,” O’Riley says. She says it is an upgrade in technology.
She says they have a 3-D printer, but it is more of a hard plastic printer, and the new model uses more flexible material that is designed to allow doctors to learn better. The award was made under the Strategic Infrastructure Program.