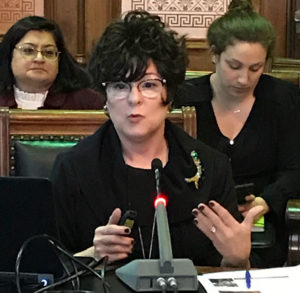 The head of the Iowa Economic Development Authority says state tax credits for the restoration of historic properties should no longer be available to Iowans who plan to live in the property.

IEDA Director Debi Durham says she reviewed the tax credits that were awarded in the past couple of years and a few — for a total of about $1 million — went to “owner occupied” buildings.

“We’re not saying that those people who have a business, of buying up old homes and selling them off — we see that as a business endeavor and we’re not stopping that,” Durham says. “But I do not believe it’s in the interest of the taxpayers to be paying people who could afford to do their own remodeling.”

Durham’s recommending that legislators pass a bill that would change the rules for the state’s historic preservation tax credits, so someone who plans to live in a property that’s fixed up is no longer eligible for a state grant.

Durham says the state should continue offering tax credits to non-profits that rehabilitate historic buildings into residential property, like apartments or condos or single-family homes. That work is helpful to address Iowa’s housing shortage, according to Durham, and is not part of the bill she proposes.