You are here: Home / Fires/Accidents/Disasters / Cedar Rapids mayor says city is prepared for any spring flooding 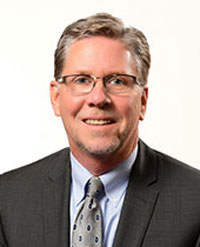 Cedar Rapids Mayor Brad Hart highlighted the city’s work on flood protection in his annual State of the City address on Wednesday night.

After record-breaking floods in 2008, Iowa’s second-largest city is in the process of building a $550 million project with floodwalls, levees and pumping stations. Mayor Hart says the new infrastructure will help Cedar Rapids in the upcoming flood season.

“I’m also very confident that our city team knows what they’re doing when we get high water,” Hart says. “They know exactly where to go first, what to protect first and each of the steps and they do a remarkable job.”

Hart says the ambitious flood control project will assist in insulating the city and its downtown redevelopment, starting this spring. “All this progress must be protected so we will accelerate our work along the river because flood protection protects our community,” he says. In his speech, Hart also focused on the importance of economic development and recreation, and the city’s efforts to track discrimination and barriers to public services.