You are here: Home / News / March 16th is the date for Oversight hearing about Glenwood facility 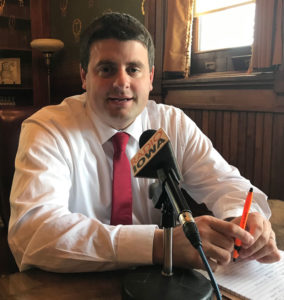 The Government Oversight Committee in the Iowa House will meet March 16th to hear from the state agency director Governor Reynolds has put in charge of changes at the state-run Glenwood Resource Center.

Department of Human Services director Kelly Garcia started in the job November 1st and 21 days later the U.S. Department of Justice announced it was investigating allegations of the disabled patients at Glenwood were being mistreated and being subjected to human experiments.

House Speaker Pat Grassley, a Republican from New Hartford, says enough information has been made public that the committee can have a productive meeting without jeopardizing any investigation.

“We weren’t just going to hold a meeting to say we held a meeting,” Grassley says.

Grassley credits the DHS director for meeting with the families or guardians of the patients at Glenwood as well as staff and for notifying key legislators of changes she’s making at the facility. Grassley says next month’s hearing will give Garcia a chance to address a larger audience.

“One individual hasn’t had the chance to sit down with every single legislator to show the reaction that’s happened,” Grassley says.

Earlier this week Republicans and Democrats in the Iowa Senate unanimously confirmed Garcia to serve as director of the Department of Human Services.