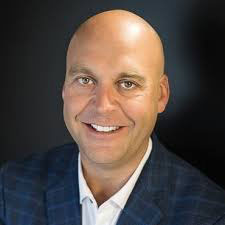 The number of homes sold in Iowa last month bounded more than 10% compared to January of 2019, according to a report from the Iowa Association of Realtors.

Association president Scott Wendl, a realtor in Clive, credits the warmer weather for the healthy jump. “If you remember last year, January was really cold and not many people like to look at homes when it’s negative 20 degrees out,” Wendl says. “This year, it just seems to be a more mild winter, not as much snow. People are more energized to get out and start looking with the rates being so competitive.”

The report says home sales prices across Iowa remained steady compared to January of 2019.  “The average price has gone up statewide 1.3% which averages out to about $3,000,” Wendl says. “The average sale price in the Iowa market is $160,000 which makes it very affordable when comparing it to other states.”

More than 2,100 homes sold statewide last month, compared to about 19-hundred a year ago. Wendl says homes sold relatively fast compared to last year, too, as January saw an average of 70 days on market compared to 74 days in January of 2019.
“Anything with less than six months inventory, basically homes available, it’s kind of a balanced market,” Wendl says. “The buyers are definitely out there. The inventory is starting to pick up a little bit so there’s more homes to choose from.”

He’s expecting home sales to continue rising with the temperatures as warmer weather approaches. “It always picks up right after Spring Break,” Wendl says. “The floodgates open and everybody wants to buy or put their home on the market after the long winter.” Compared to last January, the report says new listings were up 4.4% and pending sales were up 7.5%, which Wendl says bodes well for February.