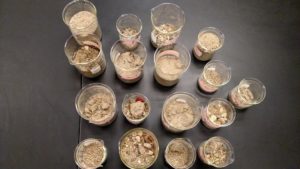 Researchers say tiny pieces of plastic are polluting the shores of some northwest Iowa beaches. Students at Buena Vista University teamed up with Storm Lake High School students to collect baggies of sand along three of the city’s beaches.

BVU environmental science professor Ben Maas says this is just the first in a series of planned studies of microplastics pollution.

One big concern about microplastics is that they can harm marine life that ingest them. Researchers hope to look more into how far this pollution goes, by studying more beaches and even the water itself.