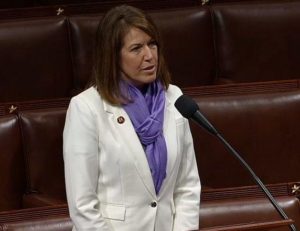 Axne, a Democrat from West Des Moines, is among the members of Congress who signed a letter to House and Senate leaders, urging passage of the bill. She expressed hope the legislation can be finalized before the end of the week.

“They’re working on a vaccine for it,” Axne says, “but that’s sometime down the road. We hope to pass a funding package to help fight the greater impact of coronavirus getting deeper into our country.”

Axne says one of her biggest concerns is that any vaccine developed will be affordable to the public.

“We’re absolutely looking to ensure that the funding doesn’t get pulled from other accounts, but is strictly used for this, that the vaccines are affordable and available to every single person that needs it,” she says. “We are looking at hopefully giving things like interest-free loans being made available to small businesses impacted by the outbreak.”

Under the plan, Axne says state and local governments would be reimbursed for costs incurred, while also assisting the federal response. She expressed concern over the funding bill’s delay and questioned whether the federal government is as prepared as it should be to handle coronavrius, especially with spending cuts made by the Trump Administration.

“We have a lot of positions within the CDC that were left unfilled, unfortunately,” she says. “We certainly have gaps within the system that this administration decided not to fill in positions, and not to support as much with the resources that were needed. I have faith that we have incredibly smart scientists in this country and we’re going to be able to get this figured out.”

To avoid spreading the virus, Axne says to avoid close contact with people who are sick, stay home when you are sick, avoiding touching your eyes, nose and mouth as much as possible, and wash your hands.