You are here: Home / News / Record number of Iowa filmmakers, actors to be honored next month 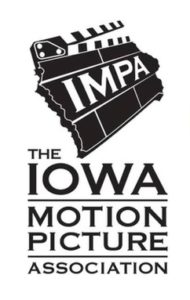 Iowa’s version of the Oscars will held in Ottumwa next month.

Michael Helgens is spokesman for the Iowa Motion Picture Association, which is announcing the nominees for its movie awards — and there are more of them this year than ever before.

Two films, “A Place to Grow” by Dick DeAngelis and “Sons and Daughters of Thunder” by Kelly Rundle, are leading the awards with eight nominations each. The films range from documentaries to student productions to animation.

Helgens says the awards ceremony will be held at the Riverview Center in Ottumwa on April 4th, with the chance to see some of the films beforehand

“The film screenings from 10 to 3 are free and open to the public,” Helgens says, “and there’s a $35 ticket to get access to the gala dinner and the awards show from 7 to 10.”

The featured speaker at the ceremony will be Greg Zekoski, the co-director of the Emmy-nominated AMC series, “Walking Dead Red Machete.”

The complete listing of the nominees can be found at impa.tv.