You are here: Home / Health / Medicine / Two Iowans are onboard cruise ship stranded by coronavirus 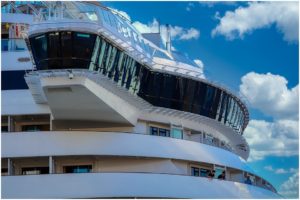 A Dubuque County couple is onboard the cruise ship off the California coast that isn’t being allowed to dock until everyone’s tested for coronavirus.

Reports say Shelley and George Goeppner of Asbury were headed home from Hawaii aboard the Grand Princess when California declared a state of emergency.

The Goeppners call the situation “surreal” as they’re now among 3,500 passengers who are confined to their rooms.

A passenger on a previous voyage got off the ship in Mexico and later died of coronavirus.

A Coast Guard helicopter dropped off testing kits Thursday. Test results should be back by the weekend.

George Goeppner says it’s their seventh and final cruise, but on the plus side, now they’re getting free wi-fi and room service.