You are here: Home / News / Husband of Hawkeye women’s basketball coach releases a novel about basketball 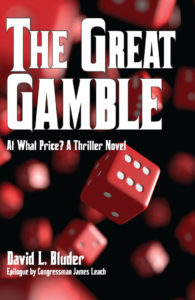 The husband of the University of Iowa women’s basketball coach is releasing his debut novel next week which focuses on gambling and corruption in college sports.

David Bluder says the story, “The Great Gamble,” follows a fictional Hawkeye men’s basketball player who is lured into a deep and dangerous underworld. “It’s a vulnerable teenage basketball recruit who’s the #1 recruit in the country,” Bluder says. “His mother is dying of cancer and he decides to take a loan from a Mexican cartel agent and in order to pay off some of the bills, they decide to tell him to shave some points.”

Bluder’s wife, Lisa, has coached at the U-I for 20 years, which has afforded him a unique perspective into the inner workings of Big Ten basketball. In an interview with Radio Iowa, Bluder was asked how much of the story is fiction versus reality.
“I have to be careful as to how much I can really say,” Bluder says. “The book kind of unveils a lot of the mysteries and some of the dangerous things that are happening in sports, especially with the billions of dollars being bet, there’s an incredible amount of truth in it as well.”

With fears growing over the coronavirus outbreak, some are calling for the NCAA basketball tournament — which starts next week — to be canceled. Bluder was asked if there are forces at work that wouldn’t let that happen, simply because of the dollars involved. 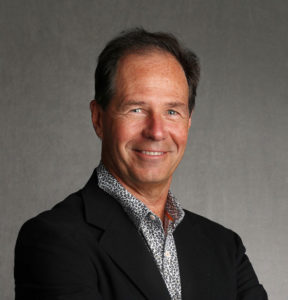 “There’s just an enormous amount of money that’s been bet, that’s why the publisher decided to have this book actually come out the day after the NCAA men’s basketball brackets are announced,” Bluder says. “We waited to do it on the biggest sports gambling day in America, bigger than the Super Bowl.” Bluder is a native of Wheaton, Illinois, who lives in Iowa City. He holds degrees from the University of Northern Iowa and St. Ambrose University in Davenport.

While his resume lists professions including banker, politician, business owner, investor, and a teacher of business courses at the U-I, Bluder is now focused on being a writer. His says this novel won’t be his last, though it’s been a long time coming.
“I worked on it for eight-and-a-half years with editors from the Iowa Writers’ Workshop and the Stanford Writers’ Workshop. I’ve taken an enormous amount of classes. I probably could’ve gotten a PhD or two, with the time that I’ve put into it,” he says, laughing.

His next novel is already in the works, an international political thriller. “The Great Gamble” will be released Monday by the North Liberty-based Ice Cube Press.