You are here: Home / Agriculture / You can get your garden growing indoors 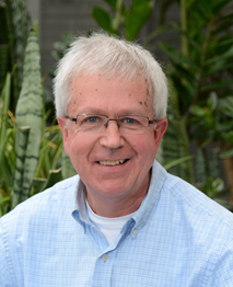 Now is the time to get seedlings for flowers and vegetables started if you want to have them ready to plant when the weather allows.

Iowa State University horticulture specialists, Richard Jauron, says different varieties take different time to get ready.
“For example, we typically plant tomatoes in early May– and we want to start those indoors about five weeks before planting outdoors,” Jauron says. “On the other hand, you have things like growing impatiens indoors. They take about eight weeks — and we would start them sometime in early March — because they go outdoors in early May.”

Jauron says there are lots of seeds available online and in local garden centers. You could also wait and get the plants that are ready to put into the ground. “Obviously you can buy bedding plants at greenhouses and garden centers. But, if you are looking for a specific variety, you may not find that at a garden center or other retailer. So, you can buy that seed and start that seed indoors,” Jauron says.

You may have seen the giant veggies and plants that win ribbons at the Iowa State Fair. Jauron says you don’t have to get those plants started indoors in December to have them big enough for a blue ribbon. “Actually no, that’s more the variety or cultivar. Certain cultivars tend to produce big fruit or big bulbs — other cultivars not so much,” Jauron says. “So, it’s basically the cultivar and then good cultural practices.”

He says you should have some artificial light to help them grow. “When you grow them in a window they typically don’t get enough light, and therefore they tend to kind of stretch out and get very tall and lanky. And so typically what you want after they germinate is some type of artificial lighting. And you can just use a cheap, inexpensive shop fixture,” he explains.

He says that type of light should help them grow very well. He says to position the actual fixture about four or five inches above the seedlings and leave it on for 12 to 16 hours each day. Once the plants are ready to go, you need to harden them off to be outdoors.

Jauron says to put them in the shade out of the wind and gradually expose them to more and more sunlight. He says if it is going to frost you can bring them inside overnight and then put them back out. Jauron says you can get any questions answered on the Hortline at 515-294-3108 or hortline @iastate.edu.