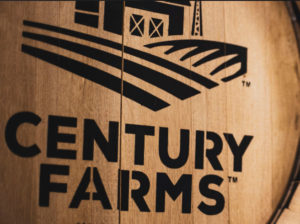 The owners of a distillery  in northwest Iowa’s Great Lakes region are giving away free hand sanitizer this week.Ryan Bare, owner of the Century Farms distillery, has been making vodka and whiskey in Spencer since last summer, but recently started making hand sanitizer.

“We are making it available for institutional use at a very low price — $45 a gallon, which is about 35 cents an ounce,” Bare says. “Today from 4-6 p.m. at our Spencer location at Century Farms and tomorrow 4-6 p.m. up at the West O’s location up in the Milford area we’ll be handing out hand sanitizer — four ounces per person. It is free to the public.”

West O brewery is owned by a friend.

Bare says stores in the Spencer area have been out of hand sanitizer and people have been asking him on the street if he could make his own.

“The Treasury Department which regulates us federally has published a recipe that distilleries can follow to make hand sanitizer,” Bare says. “It’s pretty much just a matter of taking existing products we that have and repurposing it for this alternate use. Basically we’re using inventory we have in stock and we have, honestly, enough to make 4000 units or more of hand sanitizer.”

Bare says corn alcohol needs just xanthan gum and essential oils added to become hand sanitizer. The only stipulation of the free giveaway is that the public must bring their own containers.