You are here: Home / News / All types of companies face issues with coronavirus 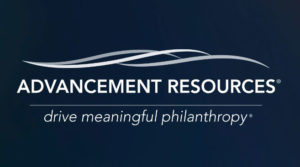 While thousands of Iowa businesses are closed because of the governor’s orders, hundreds more are closing because of how the coronavirus is impacting the economy and their role in it.

Cindy Golding is co-owner of Advancement Resources in Cedar Rapids, a training company that works in the philanthropic community. She has a staff of 35.

“Most of our business is done in workshops, face-to-face classes,” Golding says. “This is professional development training. Every workshop has been canceled. This is an international business. All of our business, not only in the United States but around the world, has been put on hold.”

Due to the pandemic and a widespread travel lockdown, all of the company’s workshops are being called off through at least April, and Golding says many can’t be rescheduled until September or October.  “We really want to keep our employees,” Golding says. “We want to be able to pay them but with no income coming in, we are having an extremely hard time meeting payroll.”

Difficult decisions are having to be made and she’s hoping their moves will be bold enough to sustain the business for the long-term. “We’re doing like everyone else, we are conserving resources that we have so we can weather this storm,” Golding says. “The owners of the company, we are not taking a paycheck — at all — for the foreseeable future. Everybody’s taking a pay cut so that everybody can continue to have a job.”

Golding says they hope to be able to do business again in August and while they’re now ramping up on-line training, that will only require about one-third of the current staff.