You are here: Home / News / Worth County native living through coronavirus outbreak in China 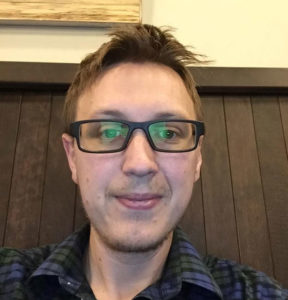 A northern Iowa native who lives in China encourages Iowans to stay home as much as they can to prevent the spread of coronavirus.

Ian Schacht, who grew up in Worth County, lives in Sichua, about 800 miles from Wuhan where the COVID-19 outbreak began. Schacht says what’s happening now in Iowa happened many weeks ago in China. “No public transportation, restrictions on movement, restrictions to one person every two days can leave an apartment and go out to get groceries,” Schacht says. “Shops were closed, and you couldn’t go out to dinner, there were no restaurants, no fast food, everything else was closed.”

Schacht, who’s involved in the natural products trades business, says the city went from bustling to a lockdown very quickly, which was surprising for the Iowan to see.  “Some of these things have gotten better as the number of cases have gone down,” he says, “but there was definitely a much bigger threat in those first few weeks when it started to get really bad.”

You may feel a little stir-crazy staying at home to comply with the advisories, but Schacht says this is the time to let the virus run its course and make sure you and your loved ones are safe.  “I’ve told my parents to enjoy the time you can working around the house, working at home because once this is over, life will return back to normal, it just takes a while,” he says. “If we don’t do that, what’s going to end up happening is, we’re going to see an increase in cases that are not going to stop anytime soon.”

Schacht says people should listen to then recommendations from the Centers for Disease Control, the World Health Organization, and local and state health officials.

“It’s very important to take this time to take a step back, stay safe, reduce travel, reduce parties, reduce gatherings,” he says, “and really understand that the end is in sight, we just have to flatten that curve.”