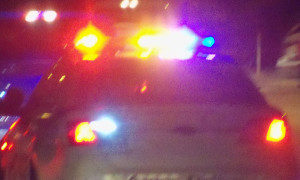 Update: The eastern Iowa man who was shot and killed by a police officer last night has been identified. Clinton police say 38-year-old Jacob Dau of Clinton sped away from a traffic stop — and an officer fired at Dau and hit him. He later died at the hospital.

A fatal shooting involving a police officer from Clinton is under investigation by the Iowa Department of Criminal Investigation and the state medical examiner.

The incident started as officers attempted to make a traffic stop Tuesday night in Clinton, but the suspect vehicle did not stop, and a pursuit started. That chase went from Clinton into Camanche and back towards Clinton.

When attempting to stop the vehicle, an officer fired his weapon striking the suspect. The individual was transported to the local hospital, but did not survive.

The identity and other information about the suspect has not been released. The identity of the officer was not released either.