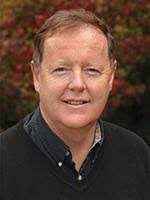 While much of the world is caught up with coronavirus, an Iowa State University study estimates the pork industry could lose $50 billion if there’s an outbreak of African swine fever in the United States.

Study author Dermot Hayes, an ISU economist, says tracking the spread of that virus in hogs would look very much like understanding how COVID-19 has infected people.  “The circumstances are almost identical,” Hayes says. “We have pigs out there that may be infecting other pigs, but we don’t know it. But once the infection becomes clearer, we would like to be able to trace that pig’s movement to find all the other pigs they were in contact with.”

Hayes advocates creating electronic movement records for all pigs, trucks and people in the pork industry. He says reducing imports of products that could harbor the virus are also necessary. Hayes says the $50 billion figure looks out 10 years after the virus arrives and includes a complete shut-down of U.S. pork exports.

“If we can get rid of the disease before we force the industry to downsize, then the impact is still huge. It’s about $14-15 billion,” he says. “In either case, the take home for me is, we need to keep this disease out of the country and it’s worth spending a lot of money to do that.”

Many pork producers have already adopted strict biosecurity measures on their farms. Hayes says a 2011 study of a hypothetical foreign animal disease outbreak led to tighter customs security for meat coming into the country. He says now may be the time to stop importing things like pet food and organic soybean meal that might inadvertently give the virus a free ride into the U.S.