You are here: Home / News / Home sales continuing with adjustments for sellers and buyers 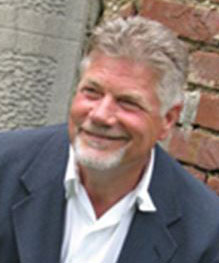 The Iowa Association of Realtors says the industry is holding its own despite the shutdowns and changes forced by the coronavirus epidemic.

The information shows a slowdown toward the end of March, but the activity did still continue. Des Moines Area Association of Realtors president, Lance Hanson, says buying and selling homes is driven by life events.  “It’s not a product that you sell, it’s more of a service. So it’s based on birth, death marriage, divorce, having kids — all of those things are what causes real estate to happen — and none of that has stopped,” Hanson says.

He says the COVID-19 outbreak has made the job more difficult and requires more background work before moving forward.
“You have to make sure that you’re doing the right thing. That’ you’re’ protecting yourself, protecting your client. Examining the situation a little bit more to make sure that it is not tire kicking, for lack of a better term,” he says. He says it’s the same across the state when it comes to things they ask the seller to do to prepare the house to be viewed.

“That they have everything wiped down and ready to go. They have all the lights on that can be turned on. That they have all the doors opened that they can open,” according to Hanson. “We’d like to see them opening cabinets up. Some people don’t like to present their home that way, and that’s certainly up to them.”

This is the biggest purchase most people will ever make — and while there are now online pictures or videos of most homes available — Hanson says he understands that buyers want to personally see the home. “It’s a touchy-feely kind of thing, so it’s really hard — because people go in and they want to touch a wall or a cabinet or a countertop. So…that’s the reasoning behind if you are going out wear gloves. More protecting the seller from you and you from the seller, so that contact isn’t made,” Hanson explains.

Much of the multitude of papers you have to sign to buy a house can be now be done electronically. Hanson says they are still working on getting that done for documents that need to be notarized. He says they have adapted that process to be safe.
“We’ve had what we affectionately call drive up closings, where people come sit in their car, a person comes out with all the paperwork with gloves and masks on — hands the paperwork in, witnesses the people in the vehicle signing the paperwork, and then takes the paperwork back, goes back in and notarizes those signatures,” Hanson says.

He says everyone knows the importance of being safe, and that helps. “We’re making do between the closing facilities, and the lenders, and the agents involved,” Hanson says. “And then in those closings — we’ve eliminated everybody that can be eliminated — we’ve taken them out,” Hanson says.

A survey of the numbers in the last two weeks shows sales in the Cedar Rapids area up a few percentage points, they are down a bit in Iowa City, and up 15% in Des Moines compared to the same time last year.