You are here: Home / Fires/Accidents/Disasters / Iowa Concern Hotline is a place you can get help with coronavirus concerns 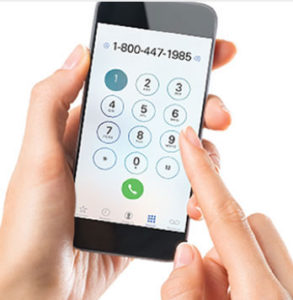 Tens of thousands of Iowans have lost their jobs as we’re trying to cope with all sorts of pandemic-related changes in our lives, and many are turning to a friendly voice on the phone for comfort — or just to vent.

Tammy Jacobs is the coordinator of the Iowa Concern Hotline from Iowa State University Extension and Outreach. Jacobs says, “Our calls have increased quite a bit at the hotline in helping persons as they’re dealing with not only COVID-19 but with changes in families’ economic situations.”

People are stressing out as they’re trying to cope with social distancing, quarantines and money troubles, while they can’t get a haircut, go to a museum or even a bowling alley to get their minds off the world.  Jacobs says, “Basically, families’ daily lives are being left in a shambles, working from home and school’s not in session, so we’ve seen an increase in calls in dealing with a lot of different issues going on right now.”

Jacobs says the hotline has handled droves of calls in years past regarding outbreaks, including the avian flu and H1N1.
“When we’ve helped out with other viruses that have gone on, we’ll see a stretch where the situation will go on for about three months and then it will quiet down,” Jacobs says, “and then historically, we see situations and questions come up about six months later.”

The service was launched in 1985 during the Farm Crisis and was then known as the Rural Concern Hotline. The name was changed in 1993 to the Iowa Concern Hotline to reflect a broader reach and availability to anyone, farmers and non-farmers, rural and urban Iowans.

Reach the hotline at 800-447-1985. You can also live chat online via the website: www.extension.iastate.edu/iowaconcern/